Climate change essay is a very serious topic of today’s age. Changing environmental conditions of the earth are the result of climate change. It happens as a result of a number of internal and external factors. Global concerns about global warming have increased over the past few decades. Additionally, these climatic changes are having a variety of effects on the earth. The climatic changes are impacting the ecology and ecosystem in various ways. The changes have led to the extinction of a number of plant and animal species.

Here we have written a complete climate change essay, so you can take benefit from it. Globally, human activities have released large volumes of greenhouse gases such as carbon dioxide during the past century. In order to produce energy, fossil fuels are burning to produce gases. In the atmosphere, greenhouse gases act like a blanket, trapping energy and causing it to warm. Life on earth depends on the greenhouse effect, which is natural and necessary. Meanwhile, greenhouse gases build up and cause the climate to change, resulting in harmful effects on ecosystems and human health.

Since the last ice age ended several thousand years ago, people have adapted to the stable climate we have experienced. Our natural environment, and even our health and safety, can be affected by a warmer climate. This can impact our water supplies, agriculture, power, and transportation systems. Climate changes can’t be avoided in some cases and can’t be stopped. The presence of carbon dioxide in the atmosphere allows the Earth to continue warming for many decades to come. 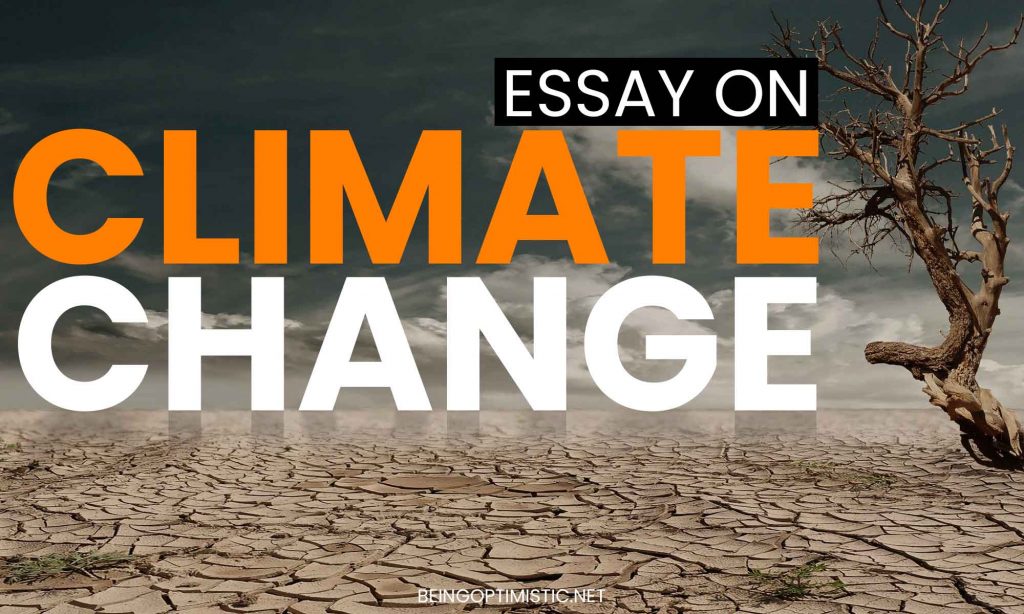 The effects of global warming have been felt around the world over the last century. As a result of burning fossil fuels, greenhouse gases, which cause Earth’s average surface temperature to rise rapidly over the past century. Climate change is caused by increasing greenhouse gas emissions and building upon Earth’s surface. The atmosphere is influenced by water vapor, carbon dioxide, dinitrogen oxide, and methane. Clouds and ice reflect almost 30% of the sun’s incoming light back into space. Most of the remaining 70 percent is absorbed by land and the ocean, while the rest is absorbed by the atmosphere. Our planet is heated by absorbed solar energy. The atmosphere absorbs and radiates heat in a positive way, improving life on Earth. As infrared radiation from the surface continues to increase, so does the amount of infrared energy absorbed by the atmosphere.

As greenhouse gas concentrations increase, Earth’s atmosphere functions as a better greenhouse. The earth’s climate has warmed and cooled for various reasons over time. The rapid warming we are experiencing today is unprecedented in the history of our planet. In addition to volcanic eruptions and changes in solar activity, some of the factors that affect climate are natural. A change in solar energy can result in a change in the climate. Volcano eruptions have a tremendous effect on the climate since lava and ash are not the only things emitted by volcanoes. The atmosphere is filled with sulfur dioxide particles released by volcanoes. They return solar radiation to space after entering the stratosphere. Ice and snow are also major contributors to climate change. As the snow and ice melt, more heat is reflected into space, which causes the Earth’s climate to warm even more.

Different animal and plant life forms can have a major impact on our planet’s climate in a variety of ways. The greenhouse effect allows some species of plants to produce greenhouse gases that trap heat. Photosynthesis allows plants to remove CO2 from the atmosphere as they make their food. Plants release a small amount of carbon dioxide into the atmosphere during the night. The digestive process makes methane when cattle and sheep digest their food. As fossil fuels are burned to power cars and trucks, they release carbon dioxide into the atmosphere. The atmosphere is filled with carbon dioxide when wildfires occur. During a regrowth of the same-sized forest, about the same amount of carbon that was released during the fire will be removed. Historically, scientists have predicted that global climate change would result in some effects, such as the loss of sea ice and increased heat waves.

You may also check:

The world’s temperatures are expected to continue rising well into the future, according to historians largely due to the global warming from human-produced greenhouse gases. Intergovernmental Panel on Climate Change (IPCC) has stated that the degree to which climate change impacts an individual region will depend on the ability of society and the environment to mitigate or adapt to change (The Intergovernmental Panel on Climate Change). The decade since 1880 has been the warmest on record. 2010 and 2005 were the two warmest years in history, according to the National Oceanic and Atmospheric Administration. Without reducing emissions from burning fossil fuels, the earth could warm by 7.2 degrees Fahrenheit by the middle of the 21st century (National Oceanic and Atmospheric Administration). The increase in temperature will have a great impact on the Earth’s climate patterns and on all life on the planet. Since the Industrial Revolution, atmospheric carbon dioxide has risen from 280 parts per million to 379 parts per million (The Intergovernmental Panel on Climate Change).

Our role in preventing global warming and preventing other negative effects on climate change must be active. Living things on earth will become extinct if the earth’s temperatures continue to rise in the future. Global warming is being caused by human activity, The current high temperatures would decrease and the world would be cooler. The world would be a safer place to live if everyone took a stand and tried to stop the majority of climate changes.